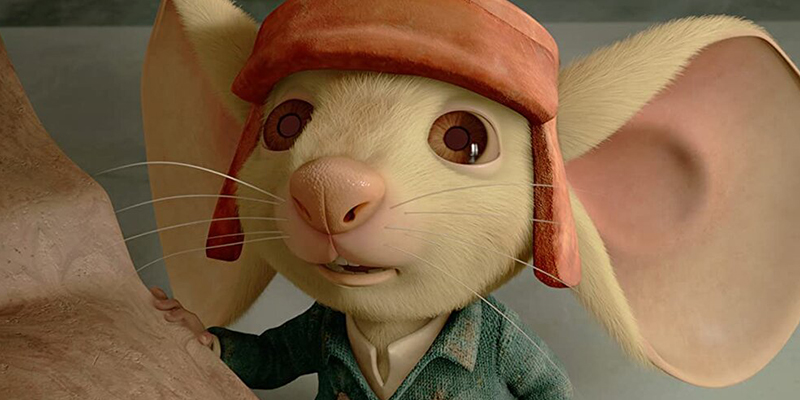 Shrek, a modern-day fairy tale with a twist, is one of the most popular modern-day fairy tales, in which the forever-ever-after sort of love penetrates the hearts of two beings that aren’t traditionally attractive. Fiona Lillian, Princess of Far Far Away, brings the narrative to life as the cursed human who eventually transforms into an ogress, leaving behind her dual existence of changing ogress after sunset. She is a princess like any other, yearning to be rescued by the prince of her dreams, but she isn’t afraid to kick and punch her way out of trouble. Fiona is unusual and mind-blowing in both her human and ogress forms. Former Disney animators Don Bluth and Gary Goldman directed Anastasia, a Fox Animation Studios musical distributed by 20th Century Fox, based on the urban legend that Grand Duchess Anastasia Nikolaevna of Russia survived her family’s death. Anastasia, who goes by Anya in the film, has no recollection of her royal ties and, in her search for her family, teams up with two conmen who notice her similarity to the Duchess. Anya is witty, feisty, and bright, with a frankness that is refreshing. The film Thumbelina’s eponymous heroine is a highly popular non-Disney princess, produced by Don Bluth Entertainment, released by Warner Bros. Family Entertainment, and distributed by 20th Century Fox. Everything about her is, for the most part, pretty conventional. She has long, strawberry-blonde hair and blue eyes, and she is stunning. She’s charming and romantic, and despite her small, thumb-like stature, she has a large, loving heart. Despite the fact that she is not a princess by birth, she marries Cornelius, the prince of the fairies who saves Thumbelina, and becomes the princess of the fairies. The Swan Princess, created by veteran Disney animation director Richard Rich and produced by Nest Family Entertainment and Rich Animation and released by New Line Cinema, is based on the classic ballet Swan Lake. Odette, the golden-haired princess, may transform into a swan during the day and then return to her human form at night. She is kind, polite, and kind to those she loves, and she is concerned about her family. She’s also a strong woman who isn’t scared to speak her thoughts. She has a daughter and is married to Prince Derek, who saves her. Hemdale Film Corporation, A. Film A/S, and J&M Entertainment released the European film The Princess and the Goblin, an adaptation of an 1872 novel, in the United States, Entertainment Film Distributors in the United Kingdom, and Budapest Film in Hungary. Princess Irene is a sweet young lady with big eyes and ginger hair. She’s adorable, and she’s also sweet and compassionate. She is a brave little girl who is willing to take on adventures, even if it means doing it alone. She’s also recognised for having a strong imagination. In DreamWorks Animation’s Antz, Bala is the princess of the ant colony. Despite her little stature, she demonstrates that ants are, in fact, humans, and a very well-organized, self-respecting one at that. Bala is an independent thinker who despises seeing her colony suffer while imprisoned in the Ant Hill. The blue-eyed stunner is sweet and compassionate, and she enjoys dancing. She is extremely severe and harsh, and she has a strong personality. Her mission is to marry Z and defend the ant colony from General Mandible, her former fiancé. The Tale of Despereaux is a Universal Pictures film partly based on the same-named fantasy novel. While the narrative revolves around the heroic mouse Despereaux Tilling, the human Princess Pea plays a significant role as well. Pea, the princess of Dor, is a charming heroine despite her lack of heroic characteristics or achievements. She is so furious that she insults Roscuro when her mother is actually terrified to death by a rat named Roscuro. Her father, the king, is mourning, and she is concerned about him. She is a kind person who befriends Despereaux. Selenia, the princess of the Mnimoys, is one of the main characters in the French/American film series Arthur and the Invisibles. In the first film, she is 999 Minimoy-years old, which is around 10 human years. Her hair is ginger and pixie-cut, and she has bronze-orange eyes to match. She is athletic, and she is determined to prove herself worthy of inheriting the kingdom when the time comes. She is typically prepared for excursions in rough clothing, although she occasionally slips into the super-cute clothes. She is not one to wait for help, and she is capable of defeating her abductor, Maltazard. The Princess and the Cobbler and Arabian Nights are modified versions of the British animated film The Thief and the Cobbler, which had a 28-year history. Princess Yum Yum, one of the key characters in this classic animated film, is one of the main characters. Yum Yum is the Golden City’s princess. She is stunning, with black hair, dark complexion, and big eyes, and she wears unusual clothing. She’s also bright, courageous, and determined. She falls in love with the cobbler Tack after saving his life. The Flight of the Dragon is an ABC Warner Bros. film based on a vague mixture of a novel titled The Dragon and the George and a speculative natural history book with the same title. Princess Melisande, daughter of the Green Wizard Carolinus, is a tragically underappreciated princess who possessed qualities that should have made her more famous. Her golden hair, blue dreamy eyes, red lips, and light complexion give her a classic appearance.