Top 10 Most Famous Nurses in History 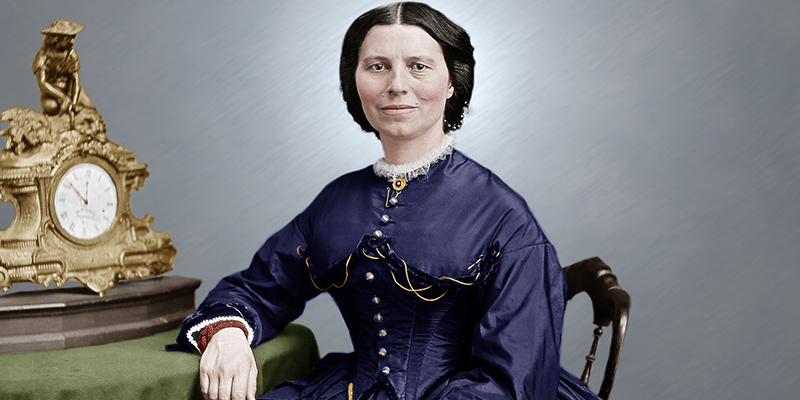 Top 10 Most Famous Nurses in History

Unlike the other nurses on this list, Claire Bertschinger isn’t done making a difference in the world. She exploited her legal position as a dual citizen of the United Kingdom and Switzerland to give nursing services in war-torn areas across the world. Her efforts during a famine, however, would transform the globe. In 1984, she would be working in Ethiopia to help the malnourished. One of her responsibilities was to choose a few dozen youngsters from thousands to be admitted to a feeding facility for a meal. She gave an interview to a BBC News team, terrified by the prospect of having to pick who ate and who went hungry, which drew the attention of singer-songwriter Bob Geldof. Mother Teresa was born in the Ottoman Empire in 1910 as Anjeze Gonxhe Bojaxhiu, and she was committed to help India’s most oppressed and impoverished people. She established a devoted team of nun nurses to offer healthcare for the slums of Calcutta, trading her conventional nun’s garb for a plain white sari. Her most well-known patients were the so-called “untouchable” lepers who no one else dared to approach. Despite operating under the Catholic Church’s auspices, the nuns’ care was clearly non-sectarian, with the sisters reading from the Quran to ailing Muslims and giving water from the Sacred Ganges to dying Hindus. Margaret and Mary Breckinridge had quite different approaches to women’s reproductive health. Mary encountered European midwives while working as a nurse for the American Expeditionary Force in WWI. She immediately recognised that their approach to reproductive health for women might satisfy the requirements of women in even the most distant regions of the United States. She went to the United States, mounted a horse, and began giving prenatal and delivery treatment to women in the most remote regions of the Appalachian Mountains, letting patients to pay whatever they could in any manner they could, including chickens or trade. Margaret Sanger was a lady to be reckoned with. Margaret went on the attack, convinced that her mother’s eighteen pregnancies had led to her mother’s early death. She delivered public talks, published circulars and journals, sneaked diaphragms into the nation, and offered treatment to women following back alley abortions gone awry during a time when the Comstock Law considered any information on reproductive health to be obscene. Margaret was apprehended in 1916 for her illegal activities. She would be convicted guilty, but an appeals court decided that qualified medical workers may lawfully discuss and dispense birth control to women’s health concerns. Lillian Wald was appalled by our treatment of low-income immigrants. Lillian formed the first organisation of “Public Health Nurses” in Manhattan’s Lower East Side after being asked to save the life of a lady who had been abandoned by a doctor because she couldn’t afford to pay him. Immigrants, the poor, and anybody else who couldn’t afford healthcare received discounted care from these public health nurses. Her first charity, the Henry Street Settlement, is still doing good work today. Mary Eliza Mahoney was unyielding in her refusal to accept no for an answer. She worked at the New England Hospital for Women and Children for 15 years before being allowed to enrol in its nursing school as a black woman in the post-Civil War United States. She earned her diploma in 1905 and went on to become a well-known and renowned private-care nurse. Her recognition allowed black nurses to get official training, lead a medical institution, and join the American Nurses Association, which is now known as the American Nurses Association. In addition, in 1920, she was one of the first women in Boston to register to vote. She worked as an Army Nurse Superintendent. She began her career as a teacher before pursuing a degree in mental health care at a period when mental health care meant “put them away in the basement.” She began by conducting state-wide surveys on how “crazy” individuals were treated across the United States, and then presented her findings to state legislatures. During her lifetime, her efforts were rewarded when New Jersey became the first of several states to invest in a humane housing and treatment facility for the mentally ill in 1845. Mary Jane Seacole, a contemporary of Florence Nightingale, also aided British troops during the Crimean War. She learnt nursing as an apprentice with her mother, combining traditional African and Caribbean remedies with contemporary understanding of topics like contagion theory. She is a proud Jamaican Creole. She practised medicine all around the world and participated in current scientific research to expand her knowledge and abilities. She was first turned down by the government when she sought to assist in the Crimean War. She then used her own money to fly to Crimea and open a rehabilitation centre for British officers. During the Crimean War, Nightingale rose to fame as a manager and teacher of nurses, organising treatment for injured troops in Constantinople. Florence, who was already well-known as a medic and a traveller, went to Crimea with a group of female volunteers to care for injured British soldiers. She pushed for and assisted in the creation of the first modern field hospitals, stressing laws covering hygienic conditions and treatment, lowering the number of injured troops killed from over 40% to about 2%. She would go on to create the world’s first official nursing school for women after the war. Clarissa Harlowe Barton, a nurse from the United States, created the American Red Cross. She worked as a teacher, a patent clerk, and a hospital nurse during the American Civil War. She offered self-taught nursing care because nursing education was not particularly institutionalised at the time, and she did not attend nursing school. After her older brother’s ailments need regular care, she began nursing as a ten-year-old. When the Civil War broke out in the United States, Clara sprang into the typically male profession of nurse, serving on the front lines of the fight.