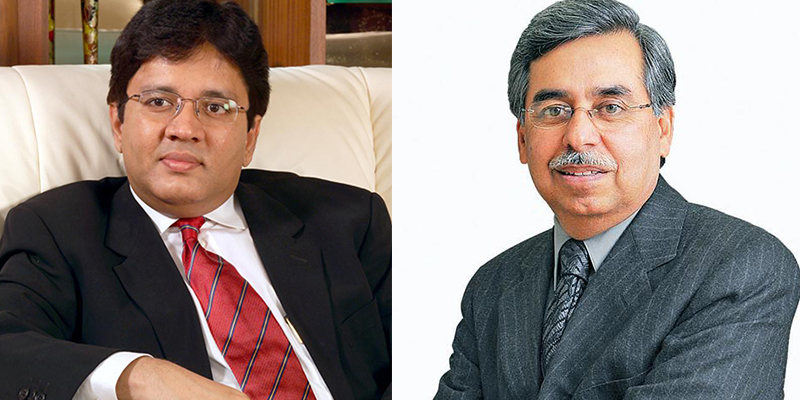 Jayadev Galla is a politician and businessman from India. He is one of India’s richest politicians. After graduating, he worked as an international sales executive for GNB Battery Technologies in the United States. He thereafter became a member of the Amara Raja group. He is the Managing Director of the Amara Raja Group, which his father Ramachandra Naidu Galla established. Jay is regarded as one of India’s most successful and wealthy CEOs. On March 24, 1966, he was born in Andhra Pradesh, India. Sajjan Jindal is a businessman from India. He is the Chairman, Managing Director, and Chief Executive Officer of JSW Steel, which is part of the JSW Group. He was born in Hissar, Haryana, on December 5, 1959. He is one of India’s highest-paid CEOs. He’s also the former President of India’s Associated Chamber of Commerce and Industry. DIVIS labs’ Chairman, Managing Director, and CEO is Murali K Divi. He received his PhD degree in Pharmaceutical Sciences from Kakatiya University in Warangal. He has extensive experience and understanding in the active pharmaceutical ingredients industry, spanning over 30 years. He was also named one of India’s wealthiest CEOs by Forbes Magazine. Desh Bandhu Gupta is India’s millionaire businessman and one of the country’s highest-paid CEOs. Gupta was born on February 8, 1938, in Rajasthan, India. Lupin Limited, a worldwide pharmaceutical firm, is his company’s founder, chairman, and CEO. He died in Mumbai, India, in the year 2017 at the age of 79. According to Forbes magazine, he was the 254th richest person in the planet in 2015. Onkar S Kanwar is the founder, chairman, and CEO of Apollo Tyres, one of India’s most successful tyre companies. Kanwar is also the chairman of PTL Enterprises Ltd. and Artemis Global Life Sciences Ltd., among other companies. He was born in India in the year 1943/1944. Sunil Kant Munjal, a remarkable leader, business booster, and angel investor, was born in Delhi, India, on December 7, 1960. He is an Indian businessman and the co-Managing Director of Hero MotoCorp, which his father Brijmohan Lall Munjal established in 1984. He is also a member of the Doon School and Indian School of Business Boards of Directors. Pawan Kant Munjal is the Chairman, Managing Director, and CEO of Hero Motocorp, India’s most well-known firm. Mr. Brijmohan Lall Munjal, who started the Hero Motorcorp in 1984, is his third child. He is also regarded as one of India’s highest-paid CEOs and most influential individuals. Sun Group’s chairman and managing director is Kalanithi Maran. In the year 1964, he was born in Chennai, India. He owns television stations, newspapers, weeklies, radio stations, DTH services, and a film studio. He also owned a stake in the Spice Jet airline in India (2010 to 2015). In 2010, he was India’s 17th richest person, with a net worth of US$3.5 billion.