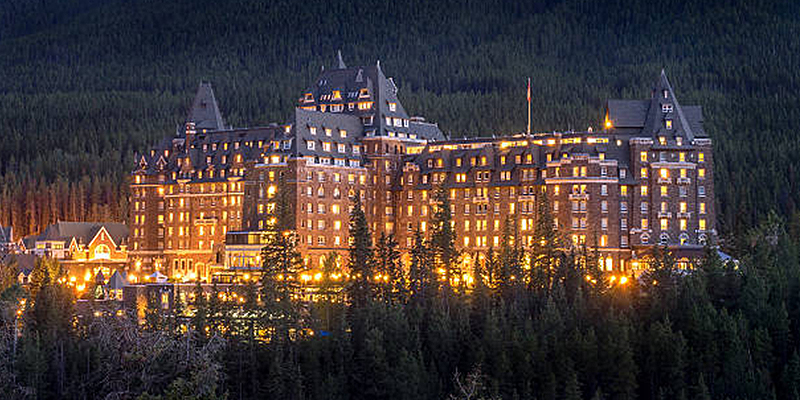 The Hotel del Coronado is a historic landmark on the edge of the Pacific, just minutes from downtown San Diego. The property’s Coronado Island location encapsulates the laid-back elegance and seaside attractions of the classic Southern California coastal lifestyle. If you plan on staying here, keep away from the parts of the hotel reputed to be haunted by Ms. Kate Morgan, a woman who died in the hotel in 1892 under unknown circumstances. Guests who stayed in her room have reported strange things like the TV turning on by itself and the lights flickering. This historic hotel, dubbed the “First Lady of Waikiki,” opened its doors in 1901 and offers a seamless blend of Victorian elegance and contemporary comfort, just steps from the immaculate shores of legendary Waikiki Beach and within walking distance of Honolulu’s most beloved shopping, dining, and entertainment attractions. However, there have been claims of hauntings at this opulent residence. Jane Stanford, co-founder of Stanford University, died in February 1905 while on holiday at the resort after being poisoned. Guests and hotel personnel have reported seeing her roaming around the hotel late at night. The Queen Mary, once a world-class ocean liner that travelled largely on the North Atlantic Ocean, departed from Southampton for the last time on October 31, 1967, and is now permanently anchored at Long Beach, California. The ship currently provides guests with one-of-a-kind lodgings and a diverse range of activities that can’t be found anywhere else. With such an interesting and varied history, it’s no surprise that the Queen Mary has been named one of America’s most haunted places by Time magazine. A sailor who died in the ship’s engine room, a ‘woman in white,’ and children who drowned in the ship’s pool are among the ghosts said to still haunt the area. The 550-room Taj Mahal Palace, which combines Moorish, Oriental, and Florentine styles, built in Mumbai, then Bombay, in 1903, becoming the country’s first waterfront icon. This iconic luxury hotel has hosted kings, dignitaries, and prominent figures from all around the world. The hotel took the brunt of the 2008 Mumbai terror attack, but has now reopened with a new look. According to legend, the hotel’s architect, W. A. Chambers, committed himself in the structure because the design failed to meet expectations. His spirit, according to hotel personnel and customers, roams the old wing of the hotel, clearly regretting his failed design. The Westin Excelsior is an unquestionable masterpiece in and of itself: a classic palace with cutting-edge contemporary furnishings that are masterfully combined with distinctive Renaissance elements. Each of the 171 guest rooms and suites is tastefully designed in a period style, evoking Florentine heritage. However, staying in room 152 is said to cause night sweats, hand tremors, great illusions, and temporary confusion. Guests sleeping in this little room have noticed dark shadows, lights flickering, faucets turning on and off, and the impression that someone is laying on the bed with them. The Ahwahnee Hotel, located within Yosemite National Park, was established in the 1920s with the express purpose of luring well-heeled visitors. The building is a work of art, combining grandeur and intimacy. The hotel draws the outside in, inviting visitors to feel at home in the midst of unequalled natural beauty, with stunning views of Yosemite Falls, Half Dome, and Glacier Point. Mary Curry Tressider, a woman who was essential in the hotel’s development and died in 1970, is said to haunt her old apartment on the sixth level. To this day, people say they can see her ghost walking the floor.

The 420-room Stanley Hotel is well known today for its inspired role in Stephen King’s novel “The Shining,” which is known for its architecture, stunning setting, and notable visitors. Room 217 of the Stanley, where King spent one night during a short vacation, is heavily featured in the novel. A housekeeper in the hotel had been struck by lightning in the same room 62 years before he arrived. The Stanley Hotel in Colorado has been named one of America’s most haunted hotels, and thanks to numerous reports from visitors and staff, it continues to “shine” today, just as it did when it originally opened in 1909. The Ritz-Carlton, New Orleans is housed in the historic 1908 Beaux Arts Maison Blanche edifice, which exudes the grace and beauty of an antebellum estate. Accommodations encapsulate the spirit of the city, bridging the gap between exploration and relaxation with thoughtful amenities that cater to your taste for the finer things in life. The hotel is said to be haunted by several spirits, including an older gentleman who is occasionally seen peacefully reading in the library and two little girls who run up and down the hallways. The Langham London was Europe’s first “Grand Hotel” and continues to reign from the British capital’s West End, renowned for its exquisite service. However, there is a darker secret hidden in the hotel’s luxurious rooms, as the establishment is said to be London’s most haunted hotel. The most active ghost at the hotel is claimed to be that of a German nobleman who is said to have committed himself by throwing himself out of an upper-story window. His ghostly form has been seen going through closed doors and walls, and he is frequently accompanied by a dramatic dip in temperature. The world-famous Fairmont Banff Springs Hotel, with its 768 rooms, is a landmark in Banff, Alberta’s scenic mountain town. For more than 125 years, Canada’s “Castle in the Rockies” has provided renowned hospitality to its visitors. If you’re afraid of ghosts, though, stay away from the Fairmont Banff Springs hotel, which is said to be haunted. The Ghost Bride is possibly the most well-known of all the hotel’s ghosts. According to legend, a young bride died in the late 1920s while descending one of the hotel’s marble staircases on her wedding day. Hotel personnel and customers have both reported seeing a veiled figure wandering up and down the stairwell since then.