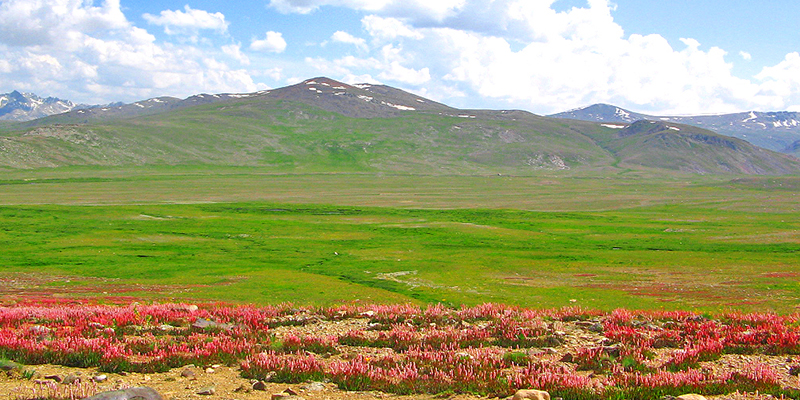 Babusar Pass is a mountain pass in the north of the Kaghan Valley that connects it to Chilas on the Karakoram Highway via the Thak Nala. Summer is when the Valley is at its most beautiful. The towns of Balakot, Abbottabad, and Mansehra are all accessible by road. The mountain ranges that go through Mansehra district are offshoots of the larger Himalayan chain. The mountain range in Kaghan valley, which includes the Babusar peak, is the tallest in the area. Pir Sohawa is a fast expanding tourist resort in Pakistan, located 17 kilometres from Islamabad on the top of the Margalla Hills. It is a famous tourist site among both locals and visitors to Islamabad. The picturesque spot, which has a 3000+ ft elevation and is located in Monal village, Haripur District, is recommended for day excursions and holiday picnics. Hingol National Park is Pakistan’s largest national park, covering roughly 1,650 square kilometres. It was founded in 1988. The park is located on the Makran coast, around 190 kilometres from Karachi. The Park’s topography and ecosystems range from arid subtropical forest in the north to arid montane in the west, with arid subtropical forest in the north and arid montane in the west. Drift sand covers large parts of the park, which can be categorised as coastal semi-desert. The park’s most prominent feature is the world’s highest-altitude mud volcano. Gorakh is a rising Hill Station in Sindh, located at a height of 5,688 feet in the Kirthar Mountains, 94 kilometres north of Dadu city. It is located on one of Sindh’s highest plateaus, covering 2,500 acres, and draws nature enthusiasts owing to its natural surroundings. It is located in a unique climatic zone due to its height, with temperatures dipping below zero degrees in the winter and typically remaining below 20 degrees in the summer. The Hill Station receives winter snowfall, making it the only site in Sindh to do so. Toli Pir is a hilltop location in Rawalakot, Azad Kashmir’s Poonch District. It rises to a height of around 8800 feet above sea level. It is the highest mountainous site in Rawalakot’s northeastern region, as well as the beginning of three mountain ranges. The weather is typically nice throughout the summer, although it gets cooler from October to March. From April through August, the area’s natural beauty is at its finest. The Leepa Valley is an arable valley in Pakistan’s Azad Jammu and Kashmir’s Hattian Bala District. It is around 83 kilometres from Muzaffarabad, Pakistan’s capital city. The Nowkot, Kasirkot, Dao Khan, Leepa, and Chananian sections make up the valley. The valley is surrounded by tall green mountains covered in pine trees. Leepa town, located at 6302 feet above sea level in the valley’s heart, is one of the valley’s most intriguing and beautiful sites. Leepa is well-known throughout Azad Kashmir for its fruits and honey. Kalam is ranked fourth among Pakistan’s ten most beautiful tourist sites. Kalam is a famous tourist destination known for its magnificent waterfalls, lakes, and lush green hills. This breathtakingly beautiful site is located along the Swat River in Swat Valley, 270 kilometres from Islamabad. Thick pine woods, crystal clear lakes, alpine meadows, snow-capped mountains, and cold mountain streams are all found in this lovely hamlet. The snow-capped peak of Flaksair (6,257 m) can be seen from Matiltan while the summit of Mankial (5,726 m) can be seen from the town of Kulalai on the route to Kalam. Kel Valley is ranked third among Pakistan’s most beautiful locations to visit. It’s a small but lovely hamlet in Neelum Valley, located 155 kilometres from Muzaffarabad at an elevation of 6,879 feet. At this point, the Shounter Nallah meets the Neelum River and goes to Gilgit Agency through the Shandur Pass (4420m above sea level). Summer is when the valley is at its most beautiful. Kel is a well-known tourist destination, and many visitors to Azad Kashmir visit there as well. Concordia is the name for the confluence of the Baltoro Glacier and the Godwin-Austen Glacier in the heart of the Karakoram range, which is located in the Baltistan area. Concordia, the most beautiful spot on Earth, is the finest place for mountaineers to camp in the region. It also provides short walks to numerous key base camps, including K2, Broad Peak, and the Gasherbrums. The Deosai Plains are at the top of our list of Pakistan’s most beautiful tourist destinations. Deosai, also known as Byarsa in local Balti, means “summer place,” and is the world’s second highest plateau after Tibet’s Chang Tang. The plateau is located in Gilgit-Astore Baltistan’s District, on the border of the Karakorum and the western Himalayas. It is known for its diverse wildlife and vegetation, which is covered with sweeping wildflowers and a variety of butterflies throughout the Spring season.